Creature to Creature's first full-length album, Moonchaser is now available on all major streaming services, including Bandcamp. LIMITED EDITION SPLIT-COLOR VINYL and other merch is available for purchase from our store.

The band is promoting the album by appearing at festivals such as RX Fest 2020 (pdx) and Treefort (boise). 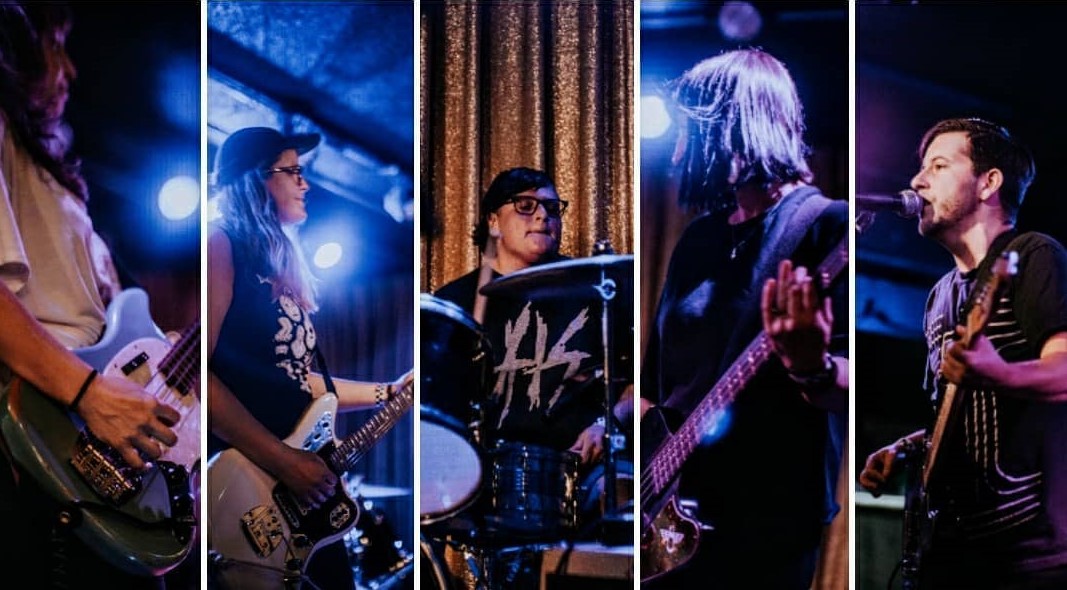 Creature to Creature is a Portland-based queercore band. Featuring Marcéo Martinez, drummer of the legendary band Team Dresch, this five-piece includes members who have been mainstays in the Portland queer/punk community. Alternating between moody Pacific Northwest grunge and booming post-punk, the self-dubbed “Romantic Punk” group creates dystopian love songs that make you want to hold someone’s hand while watching the world burn down.

Creature to Creature layers melodic overlapping guitars and driving drums with deeply personal lyrics that are centered in finding hope when all seems lost. The group writes love songs for non-conformists living in a political age where it feels like we are teetering on the edge of chaos, destruction and heartbreak at any given moment. They do not shy away from engaging with their fears -- both of physical and emotional harm -- but this fear is paired with proud defiance in the very act of queer survival.

Since their inception, the band has gone through a number of transformations, both musically and personally; starting as an idea between Martinez (Team Dresch; Vegas Beat) and Mary Esquivel (who has drummed in bands such as Dark/Light and Forsorcerers), the duo initially wanted to create a two drummer Mexican Cumbia-influenced punk project which would draw both on their Mexican roots and their history in the Portland punk and queercore communities. But Martinez was drawn back to the guitar, and the group dropped the second drum kit, morphing into a moody post-punk outfit. Instead of two drum sets, the band boasts two bassists in Jen Shumway (Gash), who holds down steady, catchy beats, and Candise Branum (play/start), who creates melodic bass lines with heavy effects. Very early into the project, the group knew they wanted a second guitarist and sought out Leslie Lyon (play/start), who was in DC at the time; the four made a demo and bided their time until Lyon could return to Portland and complete the band’s sound.

Creature to Creature is currently promoting their first full-length release, Moonchaser, which is being self-released. The 8-song album is available in both digital and limited edition split-colored vinyl format from Bandcamp and on the band’s website.

Creature to Creature is:

Made with ♡ by CASH Music. Open-source & Free forever.